Tachinidae (Tachina Flies, Tachinid Flies)
These are stout flies, medium to large, that are very bristly, particularly around the posterior of the abdomen. They are often grey with checkered patterns, but sometimes appear solid black or brown. The larvae are parasitoid on numerous other insects, including spiders and millipedes. The adults are avid feeders on nectar. There are many species in this family, and they are common visitors of many prairie wildflowers.

Based on studies in:
USA: North Carolina (Forest, Plant substrate)

This list may not be complete but is based on published studies.

Based on studies in:
USA: North Carolina (Forest, Plant substrate)

This list may not be complete but is based on published studies. 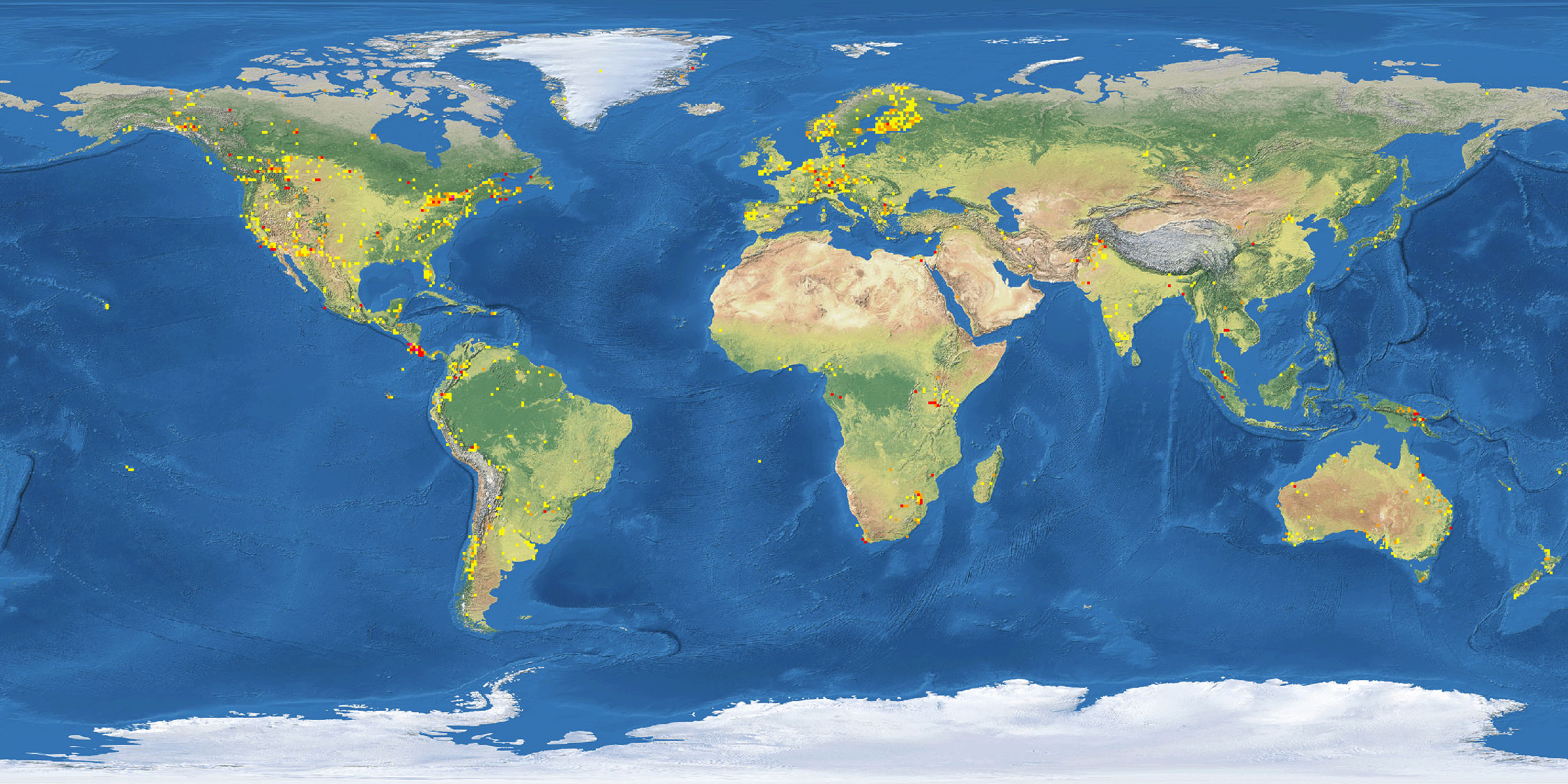 Tachinidae is a large and rather variable family of true flies within the insect order Diptera, with more than 8,200 known species and many more to be discovered. There are over 1300 species in North America. Insects in this family are commonly called tachina flies or simply tachinids. As far as is known, they all are Protelean parasitoids, or occasionally parasites, of Arthropoda. The family is cosmopolitan. Species occur in many habitats in many regions, including Neotropical, Nearctic,[1]Afrotropical,[2]Palaearctic, Oriental, Australasian and Oceanic.

Reproductive strategies vary greatly between Tachinid species, largely, but not always clearly, according to their respective life cycles. This means that they tend to be generalists rather than specialists. Comparatively few are restricted to a single host species, so there is little tendency towards the close co-evolution one finds in the adaptations of many specialist species to their hosts, such as are typical of protelean parasitoids among the Hymenoptera.

Larvae (maggots) of most members of this family are parasitoids (developing inside a living host, ultimately killing it). In contrast a few are parasitic (not generally killing the host). Tachinid larvae feed on the host tissues, either after having been injected into the host by the parent, or penetrating the host from outside. Various species have different modes of oviposition and of host invasion. Typically, Tachinid larvae are endoparasites (internal parasites) of caterpillars of butterflies and moths, or the eruciform larvae of sawflies, but some species attack adult beetles and some attack beetle larvae. Others attack various types of true bugs, and others attack grasshoppers; a few even attack centipedes.

Probably the majority of female Tachinids lay white, ovoid eggs with flat undersides onto the skin of the host insect. Imms[3] mentions the genera Gymnosoma, Thrixion, Winthemia, and Eutachina as examples. In a closely related strategy some genera are effectively ovoviviparous (some authorities prefer the term ovolarviparous[1]) and deposit a hatching larva onto the host. The free larvae immediately bore into the host's body. illustrative genera include: Exorista, Voria, and Plagia. Many Tachinid eggs hatch quickly, having partly developed inside the mother's uterus, which is long and often coiled for retaining developing eggs. However, it is suggested that the primitive state probably is to stick unembryonated eggs to the surface of the host.[1]

Many other species inject eggs into the host's body, using the extensible, penetrating part of their ovipositor, sometimes called the oviscapt, which literally means something like "egg digger". Species in the genera Ocyptera, Alophora, and Compsilura are examples. Yet another strategy of oviposition among some Tachinidae is to lay large numbers of small, darkly coloured eggs on the food plants of the host species. Sturmia, Zenillia, and Gonia are such genera. Usually only one egg is laid on or in any individual host, and accordingly such an egg tends to be large, as is typical for eggs laid in small numbers. They are large enough to be clearly visible if stuck onto the outside of the host, and they generally are so firmly stuck that eggs cannot be removed from the skin of the host without killing them.

Many Tachinids are important natural enemies of major insect pests, and some species actually are used in biological pest control; for example, many species of Tachinid flies have been introduced into North America from their native lands as biocontrols to suppress populations of alien pests.[citation needed] Conversely, certain tachinid flies are themselves pests; they can present troublesome problems in the sericulture industry by attacking silkworm larvae. One particularly notorious silkworm pest is the Uzi fly (Exorista bombycis).

Another reproductive strategy is to leave the eggs in the host's environment, for example the female might lay on leaves, where the host is likely to ingest them. Some tachinids that are parasitoids of stem-boring caterpillars deposit eggs outside the host's burrow, letting the first instar larvae do the work of finding the host for themselves. In other species, the maggots use an ambush technique, waiting for the host to pass and then attacking it and burrowing into its body.

Adult Tachinids are not parasitic, but either do not feed at all or visit flowers, decaying matter, or similar sources of energy to sustain themselves until they have concluded their procreative activities. Their non-parasitic behaviour after eclosion from the pupa is what justifies the application of the term "protelean".

Tachinid flies are extremely varied in appearance. Some adult flies may be brilliantly colored and then resemble blow-flies (family Calliphoridae). Most however are rather drab, some resembling house flies. However, Tachinid flies commonly are more bristly and more robust. Also, they usually have a characteristic appearance. They have three-segmented antennae, a diagnostically prominent postscutellum bulging beneath the scutellum (a segment of the mesonotum). They are aristate flies, and the arista usually is bare, though sometimes plumose. The calypters (small flaps above the halteres) are usually very large. Their fourth long vein bends away sharply.

Adult flies feed on flowers and nectar from aphids and scale insects. As many species typically feed on pollen, they can be important pollinators of some plants, especially at higher elevations in mountains where bees are relatively few.

The taxonomy of this family presents many difficulties. It is largely based on morphological characters of the adult flies, but also on reproductive habits and on the immature stage.

This clade appears to have originated in the middle Eocene.[4]